I support and develop Drupal websites and web applications for non-technical stakeholders in companies and charities that use Drupal for their internal and external sites.

I've consulted on and developed over 60 Drupal sites for different companies over the years. Don't worry. I'm not going to show you a bunch of websites you've never heard of.

Instead, here are a just a few you might have heard of.

For many charity and non-profit Drupal websites, building high-performance, high-availability platforms is a major requirement.

This type of site needs to be fast on any device, and should guide donors through the donation journey as quickly as possible.

I was also heavily involved in the technical team recruitment programme that later helped Comic Relief to establish their own in-house Drupal develoment team.

Having a fast website is certainly something everybody would like. But for sites that rely on sponsored advertising, good search engine optimisation is often equally important

Traffic to the Look website increased immediately on launch of the new site, and continued to do so. Withing a few months, site traffic had more than doubled and pages per visit had increased from around two to around eight.

Getting to the top in Google is all well and good. But once your customers find you, how can you be sure they find the content they need within your site?

For very large websites — sites with hundreds of thousands of articles, images and videos — helping a user find the content they need within your site can be an important factor to consider during the build.

The Tate houses the UK's national collection of British art, and international modern and contemporary art. It is a network of four art museums: Tate Britain and Tate Modern in London, Tate Liverpool, and Tate St. Ives in Cornwall.

In 2011, I worked with Tate on the migration of a 10-year old legacy site and CMS to the Drupal 7 platform. Enable users to better find the content they need, I built and delivered the complex facetted search solution for Tate's Context & Comments, alongside various other key module and theme developments.

Get a group of site owners, webmasters, and project managers in room, and they'll find plenty to disagree on. For some people, performance is everything. For others it's SEO. Some people value the look-and-feel of their site over everything else. But there's one thing most people will agree on. Mobile.

Knowing your website is working well on the hundreds of different devices and browsers out there can be a great comfort. You know your users are getting your message, whatever device they're using; and you know Google isn't going to start dropping you from it's mobile search result pages.

Mobile-friendly. Responsive. Adapative. Whatever you prefer to call it — it takes a little time but it's worth it.

In 2012, BMJ invited me to bring my mobile expertise onboard to help them creating their first mobile-friendly, responsive websites.

Through the course of that year, I migrated numerous legacy BMJ websites to new, mobile-friendly, responsive sites built on Drupal, enabling BMJ to open up their subscription platforms to the mobile market.

Drupal powers these websites — along with over 4 million other websites around the web. It's free-to-use, very secure, and has a developer community of over 1,000,000 people. These 1,000,000+ people of the Drupal community work to help make Drupal better. So it's nice to give something back.

Drush is a software tool used by mid-level and senior Drupal developers to manage the Drupal sites they work on. Drush makes developing and supporting Drupal websites much faster and much easier.

Drush Commands is a website I developed to help Drupal developers around the world learn how to use Drush. The site contains documentation for hundreds of Drush commands, along with detailed usage examples. 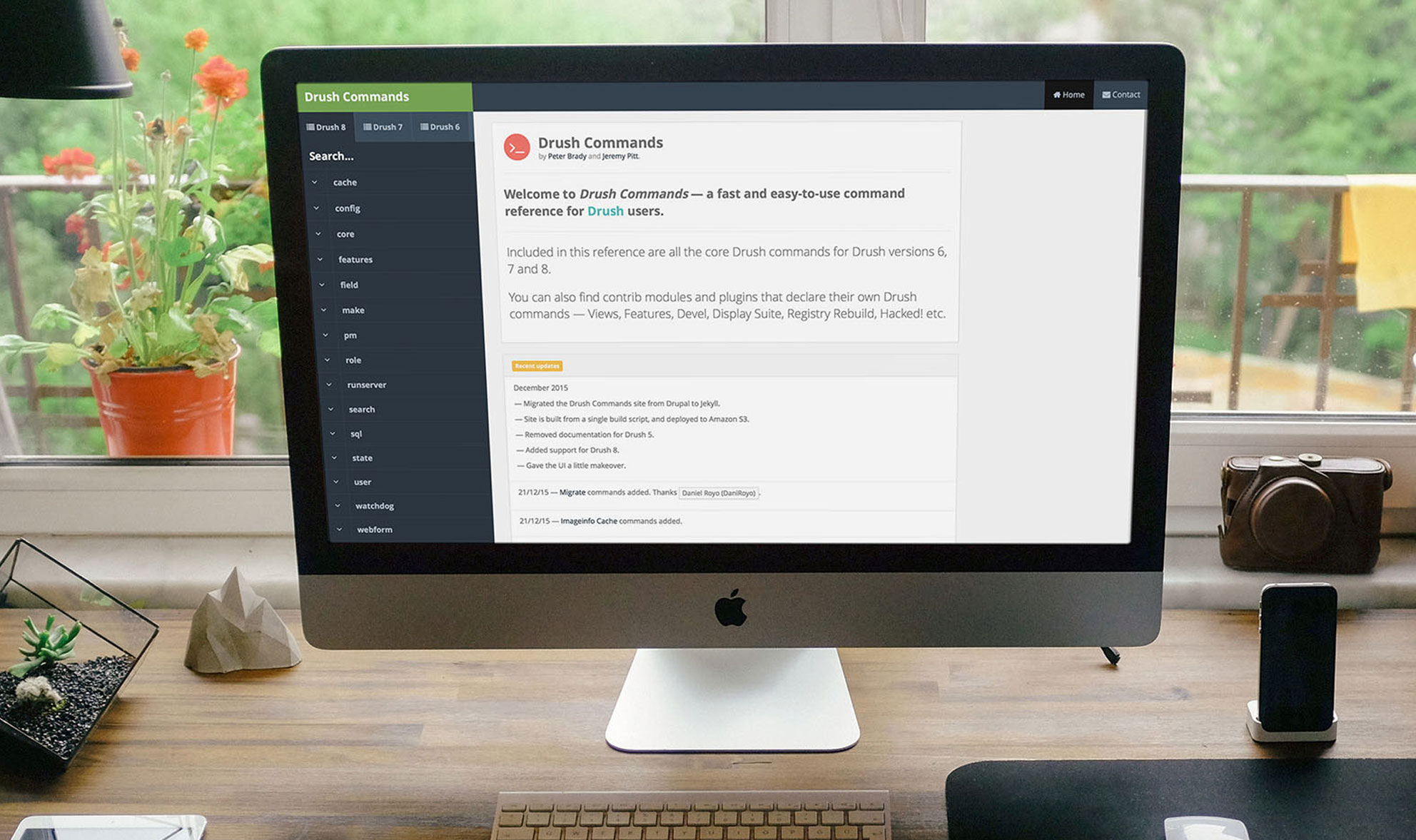 Drush Commands has been very well received in the Drupal community. It's even used in the documentation pages on the excellent Acquiaand Pantheon platforms.

I support and develop Drupal websites and web applications for non-technical stakeholders in companies who use Drupal for their internal and external sites.

"Working with Peter was an absolute pleasure — thanks to his flexibility, excellent communication skills and honesty."

"...the project was delivered in 6 weeks in a secure and rock-solid implementation..."

"Pete's vast experience and knowledge, along with being a great communicator, made him a great mentor for the development team."

"I would thoroughly recommend Peter to anyone looking for a brilliant consultant/developer who genuinely cares about what he does."

"Pete has been amazing to work with, especially as we know nothing about web developing! He took over our site and has made it into something that we can use and update ourselves really easily."